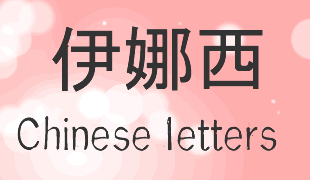 Well, after analyzing which is what matters to Internet users, take the desicion to implement an edit of Chinese characters, this being the first publisher to realize, if you do not know the meaning of these words, well, I not know, but in virtual conversations I think we used to play more fun feelings, which no one will know what they want to interpret, which we express something but are not able to openly say it, it's like talking in code.

Many of these letters are used in tattoos and I always wonder ... will you know its true meaning? Why are Chinese, if you're not Chinese? What would a Chinese if you go with that? Have a relative or something Chinese linking you with that country?

Both write about China, I start to get hungry to go to a restaurant to ... guess ... Chinese food ... of course, it's my favorite, mmm a coiled spring, a fried wantan a mongoliana meat .. . noooo gives me even more hungry ...

I invite you to use this fun app...

If you're observant, or maybe not, you will realize that this editor has 3 results of which only the second you can read and understand its contents easily because this although not Chinese letters are letters that have a Chinese style and the third will show result of Chinese letters in circles, each time I see them I remember waits dragon dragon Ball Z, the serial I used to watch about 20 years ago and that motivated me in my workouts at the gym. These lyrics are very similar to those japanese letters, but make no mistake it has different meaning.